We use your information, collected through cookies, to improve your experience of our website, analyse how you use it and, if you choose to accept all cookies, show you relevant ads. Only the absolutely necessary cookies will run in order to operate this session for you. You do not have to accept all of the cookies used by our website.
September 29, 2016

On Monday 3rd of October, Gas Networks Ireland will launch a national multi-media public awareness campaign featuring Daniel O’Donnell. The campaign, run by Gas Networks Ireland on behalf of the Commission for Regulation of Utilities (CRU) and its designated safety supervisory body, Registered Gas Installers of Ireland (RGII), aims to highlight the necessity of using a Registered Gas Installer for any work on gas appliances. Running across television, radio, digital, and print, the campaign is one of five public safety awareness programmes being rolled out by the national grid operator during 2016. The premise of the campaign is simple, you should never use an unregistered gas installer to carry out work on your gas appliances, such as gas boilers, no matter how seemingly convenient or tempting it may be. The campaign is fronted by Daniel O’Donnell, and the comedic ads feature the much-loved Donegal crooner as an unregistered gas installer, coming face-to-face with his biggest fan, offering to fix her gas boiler. In a room filled with Daniel O’Donnell merchandise, Daniel’s offer is rejected by his die-hard fan as he is not a Registered Gas Installer. 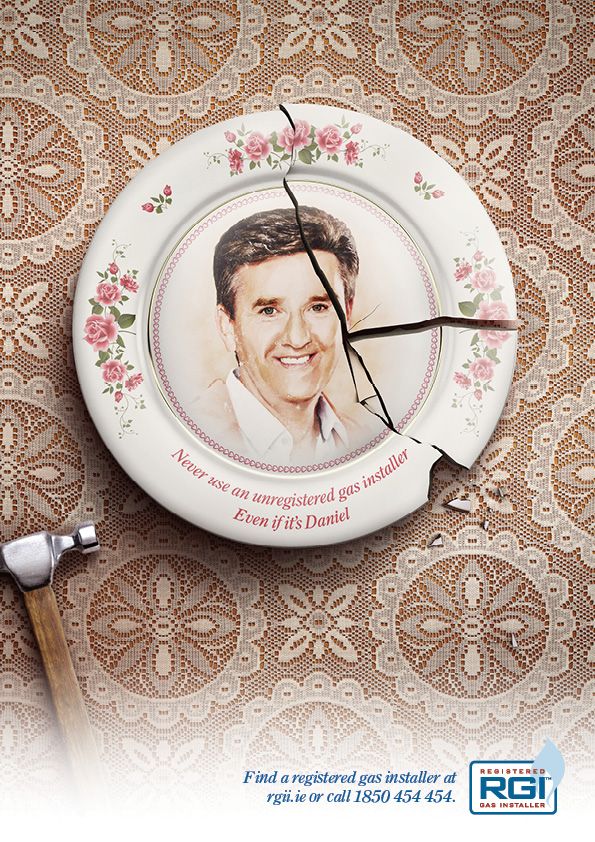 ‘The objective of this through-the-line campaign is to expel the importance of only using gas installers registered with the RGII. Not only does the campaign communicate this effectively and with humour, but thanks to the involvement of Daniel O’Donnell, the campaign is sure to bring a smile to the viewers’ faces. The dedication of Daniel’s fans is well-renowned throughout the country, and to think that he would be rejected by any of his fans for being an unregistered gas installer really highlights how much of a deal breaker it is, and should be.’
Jennifer Cashman - Marketing Strategist, Gas Networks Ireland

‘As owners and operators of the national gas grid, our priority at Gas Networks Ireland is the safety of the public. We urge the public to put their safety first, and only engage with Registered Gas Installers when they require works to be done on their gas appliances, never using an alternative option. The dangers associated with using an unregistered gas installer are very real and when it comes to the safety of you and your household, there should be no choice but to engage the support of gas installers registered with the RGII.’

This campaign is part of a five-campaign public awareness programme being run by Gas Networks Ireland this year, which is bringing nationwide awareness to the dangers associated with gas escapes, meter tampering, carbon monoxide and digging into or interfering with gas mains.

The register of Gas Installers of Ireland is the statutory body responsible for registration of gas installers and the supervision of their work with respect to safety. Anyone working on domestic gas appliances or gas pipework must, by law, be registered with the RGII. Gas Networks Ireland promotes the importance of using a Registered Gas Installer for gas work on behalf of the Commission for Regulation of Utilities (CRU), Ireland’s independent energy regulator.